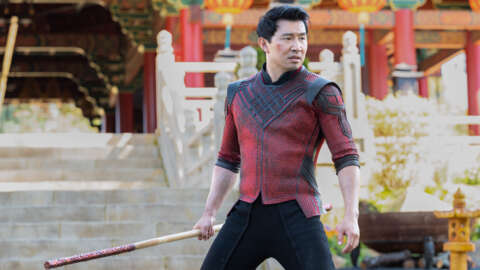 Like the Avengers after Endgame’s reverse-snap, the MCU is returning to life after a year-long COVID-19 hiatus–and that means a whole slew of new superhero movies to look forward to. is just around the corner, but it will be followed by the highly anticipated which hits theaters in September.

In preparation for Shang-Chi’s big screen debut, Marvel has released a new trailer giving us a closer look at the complicated relationship between Shang-Chi and his father, Wenwu, the holder of the ten rings and a supervillain known as the Mandarin. No, not the one from Iron Man 3, the real one.

Take a look at the new trailer now.

While the bulk of the trailer is focused on Shang-Chi’s tumultuous upbringing, there are a few surprises in the mix as well. Notably, a cameo from Wong (Benedict Wong), associate of Doctor Strange, fighting Abomination–a monstrous supervillain who hasn’t been seen or referenced in the MCU since The Incredible Hulk, the movie where Bruce Banner was played by Edward Norton rather than Mark Ruffalo. It’s unclear in the trailer if Abomination will still be played by Tim Roth. It’s also not entirely clear what this magical, superhero/supervillain cage match situation actually is–but whatever’s happening here seems really intense.

In addition to Wong and Abomination, we also catch a glimpse of a massive dragon. Though many Marvel fans may be hoping for Fin Fang Foom, early looks at Shang-Chi toys and merchandise have called the movie’s dragon “The Great Protector.” This doesn’t necessarily mean this isn’t the MCU’s incarnation of Fin Fang Foom, but if it is it would seem some changes are being made.

Shang-Chi and the Legend of the Ten Rings hits theaters on September 3.

New The Last Of Us TV Show Set Photos Have Emerged