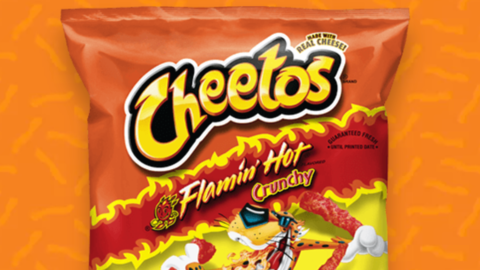 The movie about the incredible story behind Flamin’ Hot Cheetos has found two of its leads. Jesse Garcia (Quinceanera) will play the lead, Richard Montanez, who is credited with creating the tasty, spicy snack. Annie Gonzalez (Gentefied) will play his wife, Judy.

The movie is directed by Eva Longoria, who makes her directorial debut with the project. The film is coming from Searchlight Pictures, which is a division of Disney now.

“It has been my biggest priority to make sure we are telling Richard Montañez’s story authentically,” Longoria said in a statement. “I am so happy to have two extremely talented and fellow Mexican-Americans on board in these pivotal roles. Jesse and Annie have a deep understanding of our community and will be able to help tell this story of great importance for our culture.”

The report from Deadline also confirmed that Linda Yvette Chavez (Gentefied) has come aboard to write revisions to the script from Lewis Colick (October Sky).

As we reported previously, the story of Montanez is so compelling that it was likely only a matter of time before it became a movie. Montanez was a janitor at Frito-Lay before creating the snack and amassing untold wealth.

Montanez is the son of an immigrant and worked on farms picking grapes in southern California. He later got a job as a janitor at Cheetos manufacturer Frito-Lay, and during his time cleaning toilets there in the ’70s, he came up with the idea for a new variety of Cheetos.

According to a report, Montanez got the idea for a hot variety of Cheetos while he was eating a cup of corn. “I see the corn man adding butter, cheese, and chile to the corn and thought, ‘What if I add chile to a Cheeto?'” he recalled.

According to the report, Montanez bolted into his mother’s kitchen and whipped up some spices for a test version of the snack. He apparently called the president of Frito-Lay to propose his new flavour and was given two weeks to prepare a presentation. The president apparently loved the idea, and the Flamin’ Hot variety is now among Frito-Lay’s best-selling products worldwide. Montanez is currently an executive at PepsiCo, which owns Frito-Lay.