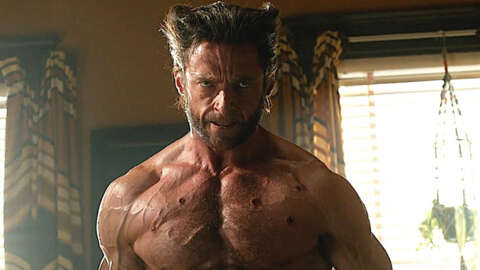 We know Deadpool 3 is happening at some point. What we don’t know is what it’s about or which other characters will be in it, besides Ryan Reynolds’ titular merc with a mouth. There is one person seemingly dying to sign up for the project, though, and it’s X-Men franchise veteran Hugh Jackman. So just let him be Wolverine, already.

Thus far, the Deadpool movies have gone out of their way to reference Wolverine and other cast members of the X-Men movies even appeared in Deadpool 2. What’s more, archival footage of Jackman from X-Men Origins: Wolverine was used in the post-credits scene of Deadpool 2, in which Deadpool teases that one day he’s going to ask Wolverine to “get back in the saddle again.”

Now, via Twitter, Jackman is making a case for that to happen. Well, one of his fans is, at least. In a video uploaded to the social media platform, Jackman is approached by a police officer in New York City’s parks enforcement division, who pleads with Reynolds to bring the Wolverine actor into the fold.

“Hey Ryan, you gotta get this guy in Deadpool 3, even if it’s for a 10-minute cameo,” he says. That would be awesome. That movie will be so cool, so great. It will blow [up] the box office.” Jackman then adds that Reynolds could get ticketed if he doesn’t make it happen.

So the ball is in your court, Ryan. Not only does the world want to see Jackman suit up as Wolverine one more time, but Deadpool 3 is the place it needs to happen. Besides, it’s also the most logical choice. As far as we know, the Deadpool movies are all that’s left of the X-Men timeline (or is it timelines?).

Until then, there is still no release date for Deadpool 3. We don’t know what it’s going to be about, but if Reynolds is to be believed, Wolverine did at one point. “Before Disney bought Fox, Deadpool 3 was gonna be a road trip between Deadpool and Logan. Rashomon style. For real,” he tweeted back in January. Fingers crossed that can still happen.

Forspoken Gets An AMD FSR Upgrade In New Gameplay Trailer