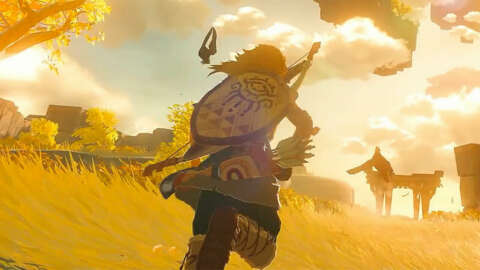 The Legend of Zelda: Breath of the Wild was released four years ago on March 3, 2017, and was a launch title for the Nintendo Switch. At E3 2019, we got our first glimpse of the sequel where Link and Zelda investigate a cave and find what appears to be the corpse of Ganondorf. Two years later, we finally received a new look at the sequel during the E3 2021 Nintendo Direct.

In the new trailer, we learn that the game takes place on the surface world of Breath of the Wild–and in the sky. During the sky section, we see Link with his hair down, and he also sports some strange new abilities in his arm, including the ability to rewind time. Link also seems to be able to travel between the sky and surface; however, the trailer showcases Link with his original haircut in the surface sections, so we aren’t entirely sure how they connect or whether each segment takes place at different points in time.

The Sequel to The Legend of Zelda: Breath of the Wild will be released exclusively for Nintendo Switch in 2022. Despite rumors of a Switch Pro on the way, Nintendo announced nothing of the sort at the Direct, so we’ll have to wait and see if Breath of the Wild 2 utilizes this rumored hardware upgrade. If you want to watch us analyze the E3 2019 trailer, be sure to check out our previous Breath of the Wild 2 trailer breakdown: https://youtu.be/3DRARZQexW4